Russia today reported 672 deaths from the coronavirus over the past 24 hours, according to a government tally, setting the pandemic’s highest death toll for the third straight day.

The government’s coronavirus task force also confirmed 23,543 new cases of Covid-19 in the past 24 hours, the most since January 17, including 7,597 in Moscow.

It comes as health clinics in Moscow will start offering injections of a booster vaccine against Covid-19 today, the city’s mayor said, as Russian officials struggle to contain a spike in cases thought to be caused by the highly contagious Delta variant.

The health ministry said revaccination would begin on July 1, news agencies reported, making Russia one of the first countries in the world to officially launch a booster injection program for people who have been fully vaccinated.

However, he flagged that the flagship Sputnik V and the one-component Sputnik-Light will initially be used in eight clinics across the city.

Tunis is under partial lockdown due to record virus cases

Authorities have placed the Tunisian capital under a partial lockdown from today in a bid to control record daily coronavirus cases and deaths.

Parties, sporting and cultural events and public prayers are banned until July 14 under a measure that covers Tunis and its environs, adding to similar acts in the coastal cities of Sousse and Monastir.

The measures announced last night also include a curfew from 8pm to 5am and a ban on cafes and restaurants serving food except outdoors or with delivery.

Many Tunisian hospitals are at full capacity and medics say they are unable to cope. 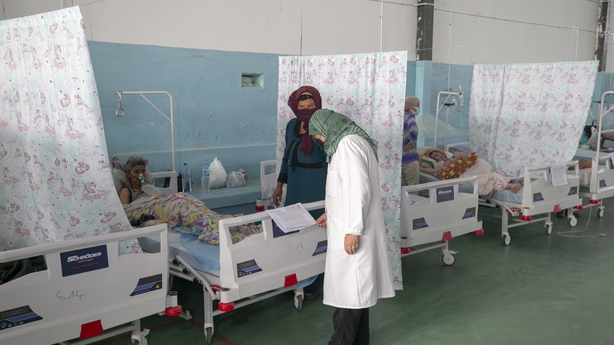 The North African country’s four interior regions have also been under total lockdown since June 20 as cases soar.

Adding to the sense of crisis, troops have been deployed in several areas to enforce lockdown measures.

The health ministry announced a record 5,921 cases and 116 deaths from Covid-19 on Tuesday, the latest figures available in the country of 12 million.

Tunisia has struggled with a vaccine shortage and has so far given the initial injection to about 15 percent of its population, with more than half a million receiving the full two doses.

Japan is likely to extend its coronavirus containment measures by two weeks or more in the wider Tokyo area, four government sources said today, as the number of infections creeps in less than a month before the Summer Olympics begin.

The Japanese capital and three neighboring prefectures are among the areas under a ‘quasi’ state of emergency that will last until July 11, but the recent increase in infections has made officials inclined to keep the restrictions – a move that could affect the number of spectators allowed. come in. Olympic venue, said the source. 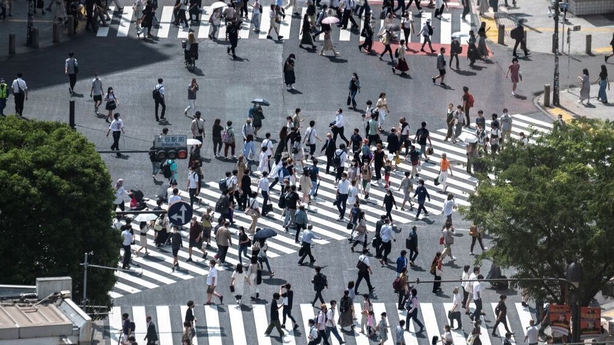 Depending on the level of strain on the medical system, the government could restore a full state of emergency for Tokyo, the sources said. New infections in the Olympic host city rose to 714 on Wednesday, the highest in more than a month.

A decision is expected around July 8, when International Olympic Committee President Thomas Bach is due to arrive in Japan, the source said.

The Olympics are due to start on July 23 but many in Japan remain opposed to holding the event, which medical experts have warned could unleash another wave of infections.

The ‘pseudo’ state of emergency capped the audience at 5,000. Olympic organizers said spectators would be allowed up to half of the venue’s capacity or a maximum of 10,000 provided emergency restrictions were lifted.

Spectators from abroad have been banned, and some members of the ruling coalition have begun to support non-attendance at the Olympics, the sources said.

A new cluster appears in Australia

Australia’s state of New South Wales (NSW) warned today that a large number of new Covid-19 cases were found in the community, raising fears of a new cluster as it reported an increase in new infections for the third straight day.

With the state capital Sydney in the midst of a two-week lockdown to contain an outbreak of the highly contagious Delta variant, authorities said half of today’s total of 24 new cases had spent time in the community when it was contagious.

“(This) raises concerns. That is what we will look at in the next few days and beyond as a measure of our success,” NSW Prime Minister Gladys Berejiklian told reporters.

Berejiklian said many people with flu-like symptoms ignored lockdown orders and were “going about their business”.

“We can’t allow that to happen… assume that you have the virus or that people you come into contact with have the virus and act accordingly,” he said.

Australia is battling a simultaneous increase in infections in several states and nearly half of all Australians are under stay-at-home orders to prevent a major Delta-type outbreak.

Sydney, Perth, Brisbane and Darwin imposed lockdowns in recent days, after months in which Australia came close to eliminating the virus.

Vaccinated foreign tourists will fly to the Thai resort island of Phuket today, the first to return to its beaches and golf courses under a pilot program to revive a tourism industry devastated by the novel coronavirus.

Under the “Phuket sandbox” plan, foreign tourists vaccinated against Covid-19 do not need to spend time in quarantine and can move around the island freely.

After 14 days, as long as the three coronavirus tests they have to take are negative, they can travel elsewhere in the country.

Millions of people visited Phuket every year before the pandemic and the government and tourism industry hope the reopening will help save its battered economy.

Prime Minister Prayut Chan-ocha has flown to Phuket to oversee the reopening, with 249 tourists due to arrive on flights from Israel, Abu Dhabi and Qatar.

“Most of the Israelis have been vaccinated and they will be the main group of tourists entering Thailand this time,” a spokesman for the government’s Covid-19 task force said.

The government expects about 100,000 foreign tourists to visit Phuket in the third quarter of this year and generate revenue of 8.9 billion baht (€234 million).