Who does not know the figure of Whitebeard, he is the most powerful human in the world and is one of the four emperors of the ocean alias Yonko. The popularity of Whitebeard’s figure has long been heard, even until the new generation finds out who Whitebeard is. He is a legendary figure who has extraordinary strength even almost commensurate with Gol D. Roger.

However, there is an interesting question regarding Whitebeard. Is it as one of the most powerful humans in the world and also one of the emperors of the sea, Whitebeard has descendants? There are interesting assumptions about the relationship between Crocodile and Whitebeard. 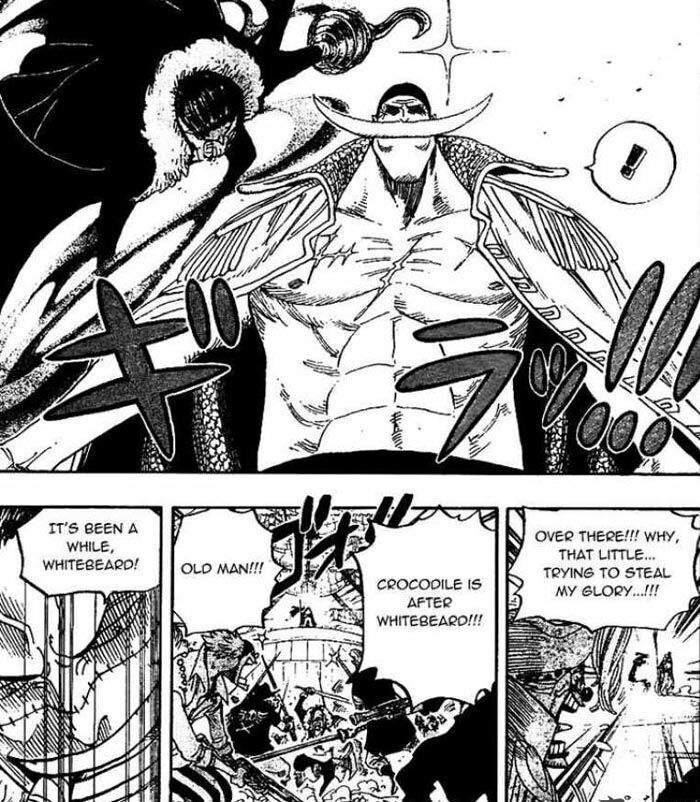 If so, is the relationship between the two pirates father and son? That’s one of the interesting theories that developed among fans. They believe that one of the former Shichibukai and the first strong opponent Luffy faced, namely Crocodile was the son of the most powerful Yonko, Whitebeard. There are several points that support the fans’ arguments, including:

With all these points, fans believe that Crocodile is Whitebeard’s son. Fans also noticed the two characters’ eyes, where there was a time when their eyes looked the same. In addition, various physical appearances such as chin, hair, and so on have similarities between Crocodile and Whitebeard. That hatred also makes Crocodile want to find his own name, build his own glory and not live under his father’s shadow. It is possible that Ivankov knew about this fact, because Ivankov worked for the Revolutionary Army with Dragons. He may know information that the World Government does not know, such as this information about the Crocodile.

Besides Crocodile, there is actually another figure who is widely touted as Whitebeard’s legitimate son, namely Edward Weevil. Weevil admits that he is the child of the relationship between Whitebeard and Miss Bake. Weevil himself always tried to get his father’s recognition, although Whitebeard himself never acknowledged Weevil as his son. It is still unknown whether all of Weevil’s claims are true.