The fourth episode of the Marvel Loki series is out and further complicates the mystery of Time Variance Authority. The mighty Timekeeper is not what it seems, and Loki and Sylvie was starting to look like a good person. Also, don’t miss this post-credits scene.

This week, Loki opens with flashbacks of young Sylvie playing with her toys in Asgard. Out of nowhere, Ravonna appears and takes her to TVA for tampering with the sacred timeline. As she is about to be presented before the judge, Sylvie escapes using Ravonna’s TempPad.

Immediately after this flashback, we return to Lamentis, where the last time we saw Loki and Sylvie trying to board the ark, was when he talked about his troubled childhood. They were ready to accept death on this inevitable planet and thus, Sylvie informed Loki that her existence was a deviation from the sacred timeline which is why she was taken in by TVA as a child. Wherever he flees, he is in danger of being caught until he discovers that little pockets of apocalypse will cover his tracks and that’s where he grew up.

When the two hold hands and talk about their lives, it creates a connection event. TVA tracked them down and brought them back to their base.

At TVA, Loki meets Mobius again who sends him to a prison of bad memories where he ends up being slapped by Lady Sif, played by Jaimie Alexander, over and over again. During Loki’s interrogation, he told Mobius that the TVA lied to him. Mobius can’t believe he’s gone at first but begins to doubt everything around him. It was in one of these conversations that Loki almost revealed his feelings for Sylvie, who was another version of Loki.

Hunter B-15 also had doubts about the disappearance of Hunter C-20 and questioned Sylvie about the same. During her time on Earth two episodes ago, she was also fascinated by Sylvie and saw flashes of her real-life memories. B-15 takes Sylvie out of TVA and asks her to dazzle her again so she can see her life before she becomes a TVA officer. 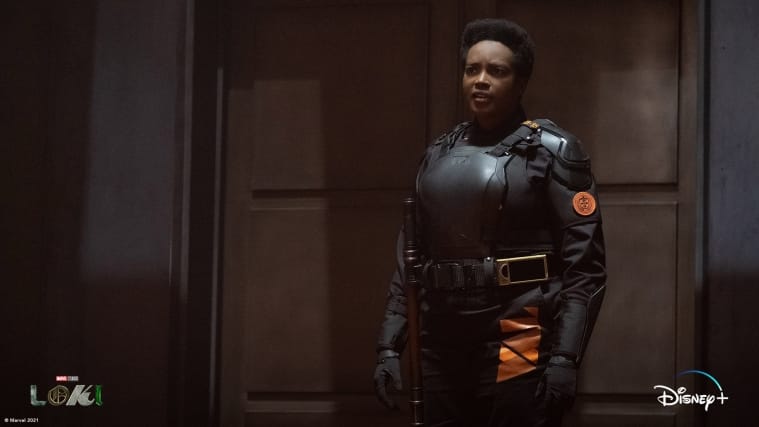 Hunter B-15 begins to believe Sylvie’s version of his life outside of TVA. (Photo: Marvel)

Meanwhile, Mobius begins to doubt the reality of TVA and wonders if he too, was a variant, and actually had a life at some point. He tricks Ravonna, takes her Temp and sees a video of C-20 talking about her real-life memories and how she was silenced by Ravonna. Mobius gathered with Loki as they planned to set the record straight. When Ravonna confronted him, he admitted he knew the truth and she slashed him almost instantly. He also gave orders to trim the B-15s. Looks like Mobius Owen Wilson is dead now.

Loki and Sylvie were then taken to meet the Time Keepers. A fight ensues which kills all the guards, leaving Loki and Sylvie as the last ones standing. When Sylvie attacks one of the timekeepers and decapitates him, they learn that this is a mindless android and not really the mythical creature they had hoped for. And they wonder, who’s in control.

It seemed like Ravonna wasn’t one of those good people. (Photo: Marvel)

Out of nowhere, Ravonna gained consciousness and slashed at Loki. Looks like he’s dead. Sylvie attacked him but didn’t slash him and insisted that he was telling the truth about everything.

In a post-credits scene, Loki wakes up and wonders if he’s dead. He has awakened in what appears to be post-apocalyptic New York City where he sees another variant of Loki. This variant is played by Richard E. Grant (playing the older Loki), Jack Veal (playing the younger Loki) and Deobia Oparei (playing Loki with Mjolnir). There’s also Loki’s crocodile here.

Loki is streaming on Disney+ Hotstar.