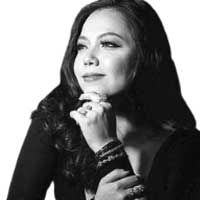 Just when you thought you had mastered the storytelling formula of a Korean drama or series after Hallyu fame skyrocketed at the height of the pandemic especially…? here’s writer Kim Eun-hee challenging your shadow skills with her Kingdom series on Netflix.

Yesterday, Kingdom: Ashin of the North was released as a 92-minute special in the Kingdom series. Kim Eun-hee introduced the new special episode as “the beginning of everything, the root of everything.”

During the virtual press conference held last week, he just proved that he never runs out of stories to tell. He said, “I started by thinking about where the resurrection plant came from. I hope to satisfy people’s curiosity about who Ashin is and what’s going on in the north. I think a lot about resurrection plants and I research a lot of material. This plant has a very cold nature, so I became interested in the north, and what would happen if it bloomed in a place like that.”

In Kingdom Season 1, the uncontrolled spread of infected people, neither alive nor dead, begins at the southern tip of Dongnae (now Busan). In Season 2, the story moves north to the royal palace in the capital city Hanyang.

Kingdom: Ashin from the North moves further into the cold northern regions. At the end of Season 2, Lee Chang’s group travels north in pursuit of the origins of the resurrection plant and comes face to face with Ashin, played by one of Korea’s highest-paid actresses Jun Ji-hyun. If that scene hadn’t been shown, you’d think the show could have ended, but with Kingdom: Ashin of the North, it looks like it’s the start of a new premise for the historical zombie franchise from Korea.

Many like Jun Ji-hyun started when she became famous when she became the youngest woman to receive the Best Actress award for the film My Sassy Girl. She went on to become the first actress to star in two films, The Thieves and Assassination which surpassed 10 million viewers.

His track record of hit projects was further strengthened when the drama, My Love from the Star with Kim Soo-hyun, became a global hit as well as Legend of the Blue Sea, with Lee Min-ho. Jun Ji-hyun often makes viewers smile with her cute antics, but she gave the opposite of Ashin in the special Kingdom episode.

Her character is awash with vengeance, sadness and tragedy, which she conveys fantastically. He also delivered a very demanding physical scene, which he said he had prepared. It was only archery that he learned and studied for his role.

“I was ready before I got the role of Ashin,” Jun Ji-hyun shared. “I try to focus mostly on how to interpret personal suffering which in Korea is referred to as han, how to interpret that emotion into a desire to avenge the entire land of Joseon.”

I appreciate how she humbled herself for a role that you will forget how she once set fashion trends in the Kdrama world.

Royal director Kim Seong-hun even praised her outstanding presence and star quality, saying, “From the first photo shoot, she proved to us how much she has been loved as an actress for 20 years.”

Kingdom: Ashin of the North is a work of art so gripping that you won’t even mind when you realize that zombies don’t appear so much until the very end of the special episode. Ashin’s search had just begun.

I remember covering Netflix’s See What’s Next Asia in Singapore in 2017 and asking myself why the show provided so many special moments and follow-up screenings when the show was about to debut then.

Netflix CEOs Reed Hastings and Ted Sarandos even gave speeches about what was to come for Kingdom and how much they invested in and believed in the material. No regrets though because they were right.

Kingdom is the perfect introduction for anyone who has never experienced Korean stories. Also looking forward to how Ashin’s character will play out in the third season of Kingdom whose release date hasn’t been announced yet.