Asep was detained at the Class II B Penitentiary in Tasikmalaya, West Java, for violating the Implementation of Restrictions on Emergency Community Activities (PPKM).

During the trial, the owner of a coffee shop in Cihideung Subdistrict, Tasikmalaya City, preferred to “stay” at a hotel for free for three days rather than paying a fine of Rp. 5 million for the state.

Also read: Asep’s 3 Days in Prison for Violating PPKM: I feel at home…

However, Asep admitted that the service at the prison was good and in accordance with the procedures that had been applied to his inmates so far.

“Yes, I don’t like it, who likes being in prison. Just, be comfortable. But, in prison people are fine, not as I expected like in the movies so far. a bit late at first, but it’s fine here,” he said on Sunday.

Separated from other inmates

While serving his prison sentence, Asep was separated from other inmates. Previously, he was in a cell.

Considering the health protocol, Asep was transferred to another place alone.

“Yes, at first I was in the same cell with other inmates. But because it was full and for reasons of progress, I ended up being separated myself,” he said.

Read also: Asep’s message, coffee shop owner who was imprisoned for 3 days in prison after being released: It’s better to obey the emergency PPKM 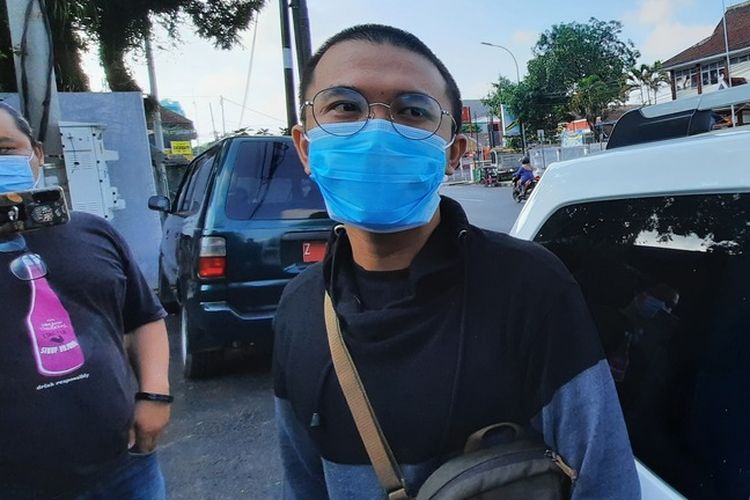 KOMPAS.COM/IRWAN NUGRAHA Asep Lutfi Suparman (23), has been released from the Class II B Tasikmalaya Prison after serving 3 days in prison according to his choice in the trial verdict, instead of paying a fine of IDR 5 million for violating the Emergency PPKM, Sunday (18/7/2021).

Once free, the owner of this coffee shop will spend time with his extended family at home first.

He will return to managing his coffee shop business normally after the Emergency PPKM.

According to Asep, this incident became a valuable lesson for his life.

Also read: Thanks to Asep’s parents, coffee shop owners, his son’s case was escorted from trial to release

Therefore, Asep said he would be more obedient to regulations, especially emergency regulations for the benefit of many people.

“Yeah, it’s just a lesson. The most important thing for the community is that they prefer to obey the rules,” he said.

The same thing was also expressed by Asep’s father, Agus Suparman (56). He also hopes that what happened to his son does not happen to other residents.

“It’s better to just obey the rules,” he said when he picked up Asep at the Class II B prison in Tasikmalaya.