Since the start of the Marvel series on Disney+ this year, many fans have been anxiously awaiting each week’s episodes and have begun discussing various speculations about the Marvel Universe. While many rumors were unproven, such as Mephisto’s presence, but there are also fan guesses that have been proven correct, such as Agnes’ guess is Agatha Harkness in the series. WandaVision. And now, with serial Loki With only one episode left, fan speculation is heating up, discussing who the real villains are and how the series will end.

In its first five episodes, the series Loki has distorted the facts in the series to such an extent that it is very difficult for fans to predict, and left many possibilities for the later ending. There are many theories about the ending of the series Loki out there, but only a few that seem plausible, here are some final predictions Loki starting with the most likely.

Kang the Conqueror Behind It All

First order prediction Loki Episode 6 is the reveal of the person in the palace behind Alioth, namely Kang the Conqueror. Serial Loki has provided many clues about Kang, from the character Ravonna Renslayer, Alioth, and even the easter egg Qeng Enterprise in Void. In Marvel Comics, Kang is a time traveler from the future who uses his genius intelligence and advanced weaponry to rule an empire that spans time and space. So it makes sense for Kang to be the one who monopolizes time by posing as TVA. 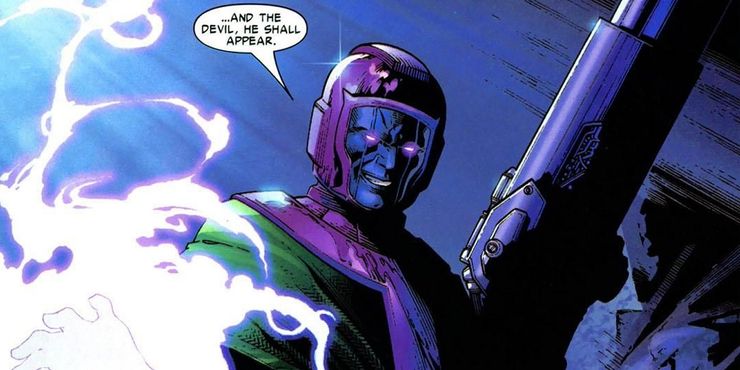 If Loki and Sylvie really ran into Kang in the palace behind Alioth, there was little chance that they would be able to defeat him. Or they managed to defeat another variant of Kang, Immortus, so that Kang the Conqueror could learn from the experience and then reappear in the MCU as ruler. timeline which is actually. Anyway, it’s clear that Jonathan Majors’ Kang the Conqueror will still appear in the film Ant-Man & The Wasp: Quantumia in 2023, and become a ‘Big Villain’ like Thanos in the future MCU.

Loki’s Enemy is Another Loki Variant

There is another speculation that is stronger than Kang’s theory, namely the presence of another Loki variant that is much bigger and more evil. As Mobius said that many variants of Loki managed to survive in the Void. With that logic in mind, if it’s true that Loki’s variant is the mastermind behind all of this, it makes sense why he’s hiding behind the TVA and doing a lot of gimmicks like fake Time-Keepers. The mode of the figure behind this TVA is the same as Loki’s habit of lying and acting cunning.

Through Classic Loki, the Loki series has also shown the great potential of Loki’s magic, which is able to create great illusions like Asgard. So it could be that the figure behind TVA is a much larger variant of Loki. The story of Loki and Sylvie fighting another version of themselves is a pretty plausible ending to the series Loki. Remembering the whole story in the series Loki discussing the main Loki developing and realizing his identity, after seeing and fighting other versions of himself, now only his final challenge remains, which is to overcome the worst of the worst Loki variants.

The Birth of the MCU Multiverse

Whoever the main enemy is at the end of the Loki series later, it is clear that the destruction of TVA is in sight. If in the end the main villain loses and TVA is officially annihilated or disbanded, because all TVA officers have realized that they are variants, then there is no one to look after them. Timeline Holy and remove the branch timeline. It can easily pave the way for the creation of many branches timeline another and make a complete multiverse because no one is watching. That way the story of the chaos multiverse will become a theme that will often be discussed in Phase 4 of the MCU.

Once the multiverse is created, anything is possible, just like the appearance of Spider-Man and other villains from the previous Spider-Man universe in the movies Spider-Man: No Way Home which will be released on December 17, 2021. And then the chaos of the multiverse will be the basis of the plot in the film Doctor Strange In The Multiverse of Madness which if there is no hitch will be released next year on March 25, 2022. All of that could happen if TVA ceased to exist or at least didn’t interfere with the formation of the multiverse in the MCU.